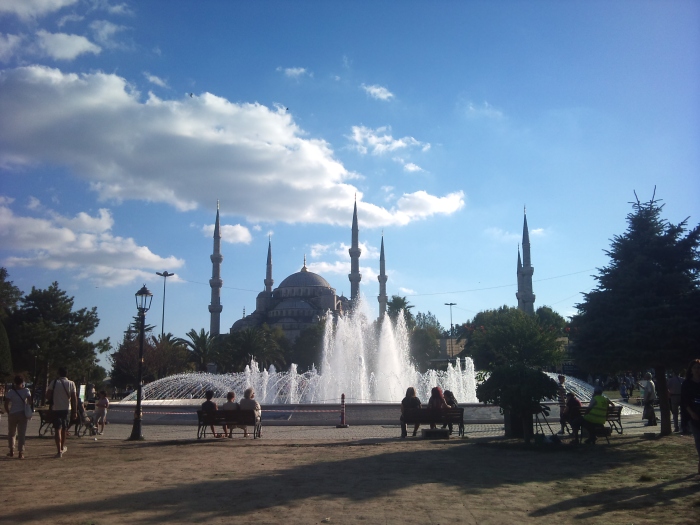 Most tourists in Istanbul have probably never heard of Zeytinburnu, a working-class neighbourhood on the European side of Istanbul, just West of Fatih on the shores of the Marmara Sea.

I found my room there through a certain well know hospitality exchange website, on one of the Istanbul accommodation groups. The room was cheap, the guy seemed friendly. We exchanged some emails and I prepared to move in on arrival in Istanbul.

Zeytinburnu is an important lesson for city planning in Turkey, because it was one of the first Gecekondu districts. In other words most of the buildings were built illegally, without infrastructure, and without any aesthetical concern. In the 1960s legislation was passed to prevent this type of building but by then this type of development had become unstoppable. At first these were little brick-built single storey cottages. From the 1970s onwards the little houses were replaced by multi-storey concrete apartment blocks built in rows with no space in between. In most cases the ground floor was used as a small textile workshop, and thus Zeytinburnu became a bustling industrial area with a large residential population living above the workshops. All this was still illegal and unplanned and still lacked the infrastructure and the aesthetics. After a heavy rain the streets would run with dirty water for days.

On meeting my new landlord Barış (pronounced something like “Barush”), whose name means ‘Peace’, it quickly became clear he was somewhat paranoid and perhaps even paranoid delusional. He took to me straight away though and lowered the price of the room still further, saying he wanted to help me. “There should be more people in the world like you”, he said. Barış began regaling me with tales from his past. He told me about his psychologically abusive father, his ex-girlfriend who went out of her way to be mean to him and his downstairs neighbour, whose main pass-time was apparently to continuously torture Barış in lots of fun little ways – such as turning his electricity off at random intervals; drilling small holes into the wall in his bedroom that would allow carbon monoxide to seep in when he lit his fire in the flat downstairs, and pumping the smell of glue up through the floor vent in the bathroom. Subsequently, to keep this downstairs madman at bay, we had to keep to lots of little protective rituals in the flat, such as keeping a large bottle of water over the floor vent in the bathroom. Barış also informed me he’d had the electricity in the flat rewired, making it impossible to trip. This concerned me somewhat. I considered the idea that Barış may be mistaken about the neighbour and could possible have faulty electrics that tripped when a certain appliance was plugged in. He had effectively rewired out the safety mechanism that could keep the flat from going up in smoke.

Along with the safety precautions regarding the downstairs neighbour, came a strict cleaning regime. Everything must be cleaned spotless the moment it was finished with. The house was perpetually gleaming, but that didn’t stop Barış from making a fuss, complaining about the mess and the grime. I reasoned with him that since I cleaned the bathroom each and every time I used it, cleaning it weekly as well seemed a little pointless and perhaps even a tad excessive. He glared at me. 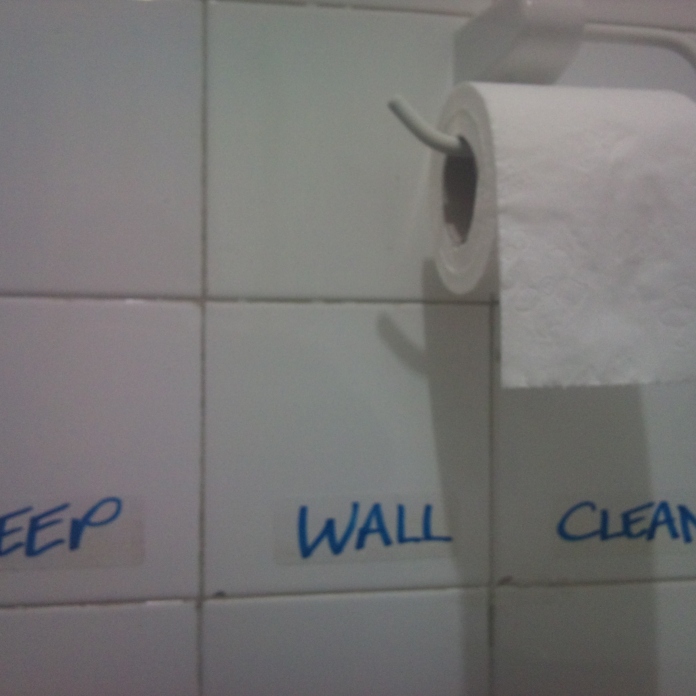 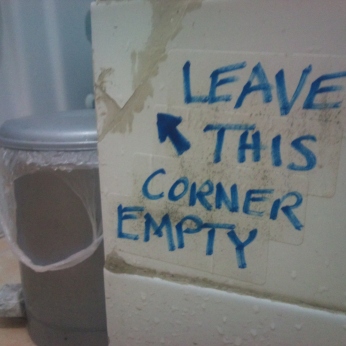 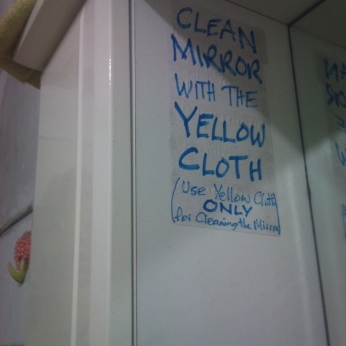 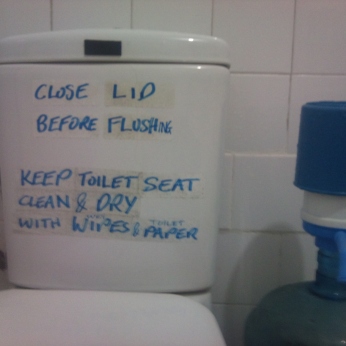 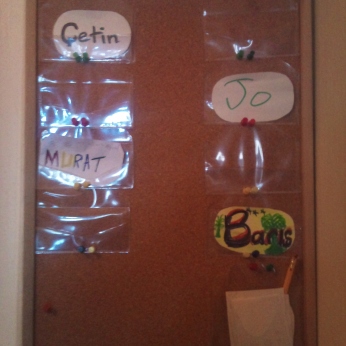 One of the little rituals: registering when you’re in and out

I was in Istanbul to take a CELTA course. This idea had been turning over slowly in my mind since I first came to Turkey two years previously. Finally, the germ of an idea had seeded and sprouted into a fully-grown plan. Now here I was, about to become a professionally qualified English teacher. I was terrified.

The CELTA course would take place over five jam-packed weeks, during which I would commute four mornings every week to 4. Levent, across the Golden Horn. I did this with several million other people, who all attempted to squash themselves into every available tram, train, bus and metro each day. I took pleasure in this daily dash, feeling important. I had something to do. I was a busy person. I ran up and down the escalators every day, even when I wasn’t running late.

Living with us in Barış’s flat was a young eccentric chap named Murat. Murat labelled himself a ‘Vintage Enthusiast’. He was passionate about bicycles, helping other people, and vintage clothing and accessories. One day, for example, I came home to discover Murat had found a couple of Rainbow hippies out somewhere on the streets and invited them to share his tiny box room with him, despite being previously unfamiliar with the concept of Rainbow.

I was lucky to have Murat around on the day I moved out of Barış’s apartment. I was also fortunate enough to be sick on that day. If I was my usual self, I wouldn’t have asked my friend Jo for help in moving my things, and she wouldn’t have been there to sit down on the floor with me in protest when Barış refused to return my deposit, claiming that I didn’t wash my sheets and should therefore be penalised the 225 Turkish Lira I had given him – (around £80).

When Barış lost his temper completely and began to push me forcefully out of the front door, Jo pulled me back in and Murat tried in vain to calm our nutty landlord. It was futile. I never recovered the full extent of my deposit, but I got about half of it back in a compromise, after phoning for backup. When someone began hammering on the door from the other side, Barış began looking seriously nervous.  “Mafia’s here!” Jo grinned. Our backup had arrived.

Barış told us he’d given Murat his bank card and pin number and instructed him to give us the money once we’d all exited the building. On getting outside, we discovered he’d given him 125 lira to give to us, rather than the bank card. He still owes me 100 lira. Barış has since deleted his profile on the hospitality website.

7 thoughts on “Down in the Olive Nose”