Emée, Alfie and I arrive in Tbilisi late at night, road-wearied. Bereft once again of CS hosts, we find a cheap hostel room for the three of us at Green Stairs and promptly spend the following three days lazing around screen-gazing on our respective laptops.

We’ve been in Tbilisi four nights already by the time we kick ourselves out of bed and out onto the streets to sight-see. Green Stairs has one trickling shower, which runs either tepid, cold, or no water. First stop then is Abanotubani, the public bath district of Tbilisi.

Staff pounce on Emée and I eagerly as we wander into each of the bathhouses in turn. An expensive private bath is all that’s available in most of them, and there are no customers to be seen. They think we’re rich tourists, but we’re looking for the cheapest option available. We find it at a place called No. 5. A public bath here is 2 GEL (under €1); a massage is supposedly 5 GEL; a private bath is 40-50 GEL. We pay for the public bath and join a throng of elderly women hogging hot showers in a large communal room. Wrinkly bellies fold down over thighs. We hear the slappety-slap of wet palms massaging neglected areas and the room fills with steam as streams of suds cascade toward the central plug-holes.

We work up our nerves for the massage. Emée makes me go first and I wince as my flesh is attacked by some kind of scouring pad. Rolls of filthy dead skin are rounded up by the merciless woman. She covers me twice in soap, sloshes hot water over me and hustles me off the table. It’s Emée’s turn.

As we leave, the price suddenly doubles to 10 GEL for the “massage”. We frown sternly at the woman as we hand over our money. 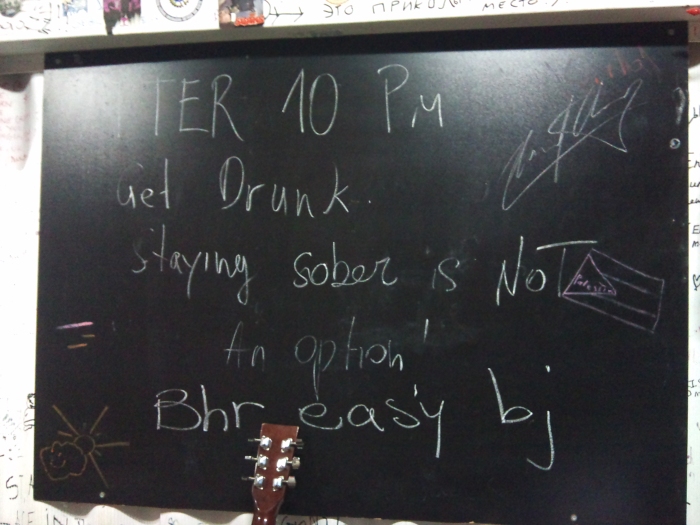 I find a place for one night couchsurfing at Tbilisi Hostel. It’s a million miles away from the small, quiet room I’ve been sharing for four nights with Emée and Alfie at the Green Stairs. In Tbilisi Hostel there is one main rule: No Sobriety!

My host is Badri. I watch him carve a pumpkin for Halloween, then we get down to business: chacha – lots of it. I am awake drinking until 4am.

Now I have hosts lined up: Giorgi and Giorgi. In Georgia, almost everyone is called Giorgi. At the first Giorgi, I share the lounge with a French traveler named David; at the second I share it with Emée and a girl named Julia, from Germany.

On one of our final evenings, Julia, David, Emée and myself go to try out a free meditation class at Sun Yoga. Due to an error on the international website, we’ve arrived on the wrong day, but the yoga teacher from the class that just finished offers to sit with us for an hour anyway. It might be months since I meditated. It’s so good just to sit and be present with my breath, a flickering candle and the inhalation and exhalation of these friends around me. Until now, Tbilisi has been mostly chacha and late nights.

Sometimes, you just need a rest from traveling, and that’s what Tbilisi was for me. In well over a week I’ve seen almost nothing of this city and it’s melancholic beauty, other than the insides of Cafe Gallery and Canudos Ethnic Bar. But I made a lot of friends, and drank a lot of chacha. 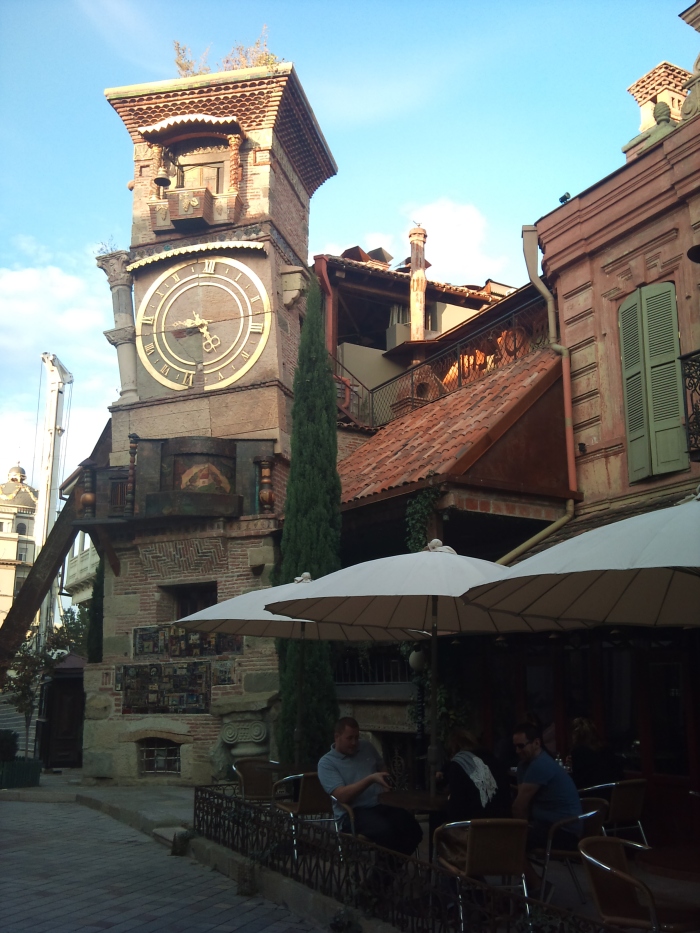